changes you must make for healthy hair 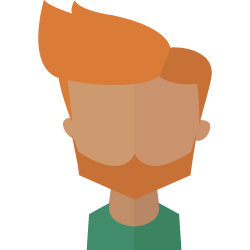 Does your hair seem lifeless? Have you tried all of the different products that are supposed to bring the life back to your hair and make it shiny, full and healthy? Have those products let you down? I spent a small fortune trying to find the products that would make my hair as pretty as it used to be, but failed to find that one product that worked. I decided to see a hair and skin specialist to find out why my hair was so lifeless. I learned several tips that changed the way that I care for my hair, changed the products that I use and have improved the health of my hair drastically. Visit my blog to find out what I have changed.

If you keep up with beauty trends, you've probably …

Dying your beard can make you look 10 years younge …

4 Benefits Of A Helichrysum Moisturizer
26 February 2020

When shopping for moisturizers, you're going to co …

Why You Should Be Using Vegan Vitamins
20 September 2019

Many people follow the vegan lifestyle, often in a …

There are many men and women who wonder if waxing would be a better option for them than shaving. Waxing has been used by many people for decades because it is effective and it has many benefits. Here are some things that you need to know about waxing:

1. Waxing Can Help To Thin Out Hair

One of the reasons that people wax instead of shave is because of the long-term benefits. When you wax often, it can help to damage the hair follicles so that over time, the hair doesn't grow in as thick, and the hair will become finer. If you look at someone's hair on their leg for instance if they have been waxing a lot, you might see spots where the hair grows very sporadically, and other places where the hair just appears thinner. This is one of the benefits of continually waxing rather than shaving.

2. Waxing Can Provide A Cleaner Look

Right after you wax, you will notice some redness, but after the redness has gone down, the look of a waxed body is very nice. For instance, in some cases when you shave you will get a shaving rash, as well as some stubble left behind. This doesn't happen when you wax. So if you wax your underarm you will not have any sign of hair. Rather you will have a clean smooth area. In addition, places like the bikini line can be ideal for waxing because of rashes, and because it is a hard area to get a clean shave, waxing will pull out resistant hair and leave the area looking smooth. Something that is very hard to do with shaving.

Lastly, waxing an area lasts longer than if you were to shave. For some people shaving only lasts a day or two before they need to shave again. When you wax you can get much more time out of it. Some people can even get a week out of the waxing where their skin looks good. This alone is a good reason to wax, especially if you have an event where you need to be waxed for a longer time like if you are going on a vacation or something, you don't have to worry about waxing.

As you can see there are many benefits to waxing, which is why so many people choose to wax instead of shave. Contact a spa like Posh Hair Spa & Waxing for more information and assistance.